Today is the 14th anniversary of the death of my daughter, Megan. The Corban extension in the Oregon State Correctional Institution (OSCI) would not have happened but for the brutal murder of Megan. God took a tragedy, a parent’s worst nightmare, and turned it into a triumph.

During my travels to speak to inmates in prisons across Oregon, initially, and then in Louisiana, Texas, Georgia, Wisconsin, North Carolina and other states I heard many stories from inmates about their spiritual journeys. Each story is unique. I want to share one I heard a few weeks ago.

Here is Greg’s story. When Greg was in his early twenties, he had a girlfriend, a car and a home. The girlfriend, the car and the home became the most important things in his life. He idolized each and every one of them.

He also had a job at a chicken farm. At the farm he was in charge of operating the Hog machine. The Hog was a grinder. It ground up the excess parts of the chickens like the beaks, the feet and the heads. It also ground up rotten eggs. The ground up material was a black, slimy sludge that smelled awful. He didn’t say, but I think the sludge was fed to pigs.

One day while he was operating the Hog, a valve broke and the sludge spilled all over Greg, from the top of his head to the bottom of his feet. In the midst of this filth, all Greg wanted was to be washed clean. His girlfriend, his car and his home meant nothing to him. His idols were worthless. He just wanted to get clean. 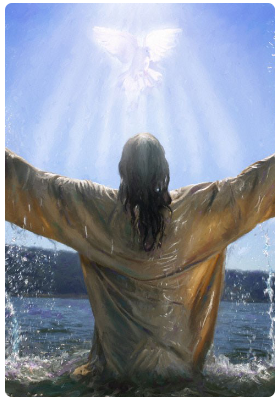 Fast forward a few years later and Greg was serving a life sentence in prison. He started going to chapel at the prison. He sensed something was changing inside him. One day during chapel he was suddenly filled with that same sense of filth that he had when the Hog broke and spilled the sludge all over him. He just wanted to get clean. At that moment Greg asked Jesus to come into his life. And Jesus came into his life and Jesus cleansed him right then and there, in an instant!

Please continue to pray for our students at OSCI, for the prison staff and for the students’ families. Our budget for the fiscal year July 1, 2020 thru June 30, 2021 is $300,000. Your prayers and financial support for meeting our budget are greatly appreciated.