As you all know, I frequently write about students in our first cohort at the Corban extension in the Oregon State Correctional Institution (OSCI). Let me introduce you to Michael. 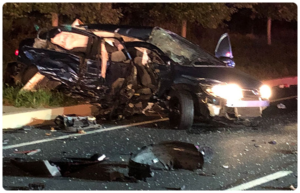 Michael was driving a vehicle that crashed and resulted in the death of his wife and his seven year old step-son. He was charged with a serious felony and he is now serving a lengthy sentence. The families of the victims and their friends are living with the consequences of Michael’s action. Their grief was and is overwhelming.

When he first came to prison, Michael thought his life was over. He asked the question “Where, in God’s plan, do I fit?” Given the immense remorse and regret for causing the deaths of his wife and step-son he felt compelled to do something about it. He wanted to honor them as best he could under the circumstances. Then, he became aware of the opportunity to enroll in the Corban extension at OSCI.

Lack of hope is the greatest enemy of an adult in custody. Through the Biblical course work offered in the Corban extension, Michael now has hope that he can make a difference in someone else’s life. Michael has hope, that through learning more about God’s mercy and grace, he can have a positive impact on fellow adults in custody.

Michael knows that he is being held accountable and responsible for his actions. He accepts that. But Michael also knows that he has been forgiven by God. Michael said at the beginning of his incarceration “I may never redeem myself to everyone, but I must try.” Michael is taking the right steps. As we pray for Michael and his victims’ families and friends, lets also pray that God will guide and heal us through our own remorse, our own regrets and give us hope in eternity.

WAY-FM at 96.3 • Episode 2:
PiFO is being highlighted as the nonprofit of the month for August on the WAY-FM. Here is a link to one of the airings: LISTEN HERE

FUNDRAISER UPDATE:
Our fundraiser on September 26 will be a virtual event. We are excited about the opportunities that will be generated!